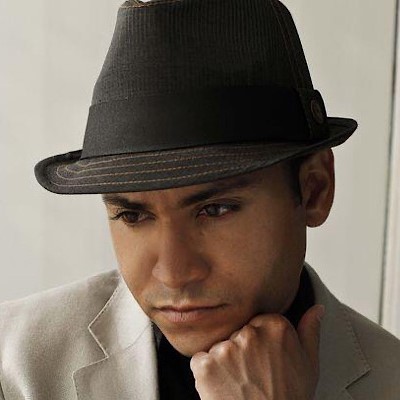 Chester Santos – “The International Man of Memory” has left an impression on all corners of the earth. With his unique ability to not only demonstrate extraordinary feats of the mind but also educate others to do the same, this U.S. Memory Champion is widely regarded to be the world’s leading memory skills expert. Through his entertaining & educational television and movie appearances, professional seminars, and best-selling books, Chester has helped millions of people around the world to realize the benefits of improved memory and a sharper mind.

He is highly sought-after by the media for his exceptional skills and expertise. CNN, ABC, PBS, NBC, CBS, BBC, and the Science Channel have all featured Chester and his memory building tips for viewers. When newspapers and magazines need memory improvement tips for their readers, they also seek out Chester Santos. He has been quoted in the New York Times, Wall Street Journal, San Francisco Chronicle, Washington Post, and most recently, TIME Magazine featured his advice for remembering numbers in a December 2018 Special Edition entitled, “The Science of Memory”. The 2020 documentary film, "David vs. Goliath" features Chester Santos and his memory skills training.

Chester is also a best-selling author. His first book, “Instant Memory Training for Success”, was published by leading academic publisher John Wiley & Sons (Wiley) in 2016. It quickly became a bestseller in WHSmith stores across the UK and also on the Amazon UK website in multiple categories. Chester’s second book, “Mastering Memory: Techniques to Turn Your Brain from a Sieve to a Sponge”, was published by leading nonfiction publisher Sterling Publishing (Sterling) in 2018. It is currently (as of 2019) still featured in the Psychology section of almost every Barnes & Noble store across the USA. Chester’s books have been acquired by 246 public libraries worldwide.

As the preeminent thought leader on memory skills and their effect on one’s professional, personal, and academic success, Chester has been booked to give presentations in over 30 countries. He has entertained and educated people of varying backgrounds, including executives for CEO Clubs International and YPO, investment professionals for NASDAQ and Credit Suisse, students for organizations at Berkeley, Stanford, and Harvard, and even actors for the Screen Actors Guild (SAG-AFTRA) Foundation.

His keynote speaking credits include TEDx with some of the nation’s most highly regarded professors and scientists, the prestigious Talks at Google program featuring “the world’s most influential thinkers, creators, makers and doers”, and the International Festival of Brilliant Minds in Puebla that had him speaking to an audience of 5000 people along with Nobel Prize winners, Pulitzer Prize winners, and other luminaries.

Chester Santos is also the personal memory and mind coach to some notable celebrities, politicians, professional athletes, and high-powered executives.